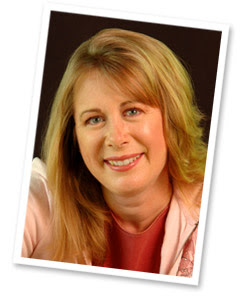 Award-winning author Shelley Adina wrote her first teen novel when she was 13. It was rejected by the literary publisher to whom she sent it, but he did say she knew how to tell a story. That was enough to keep her going through the rest of her adolescence, a career, a move to another country, a B.A. in Literature, an M.A. in Writing Popular Fiction, and countless manuscript pages.

Shelley is a world traveler and pop culture junkie with an incurable addiction to designer handbags. She writes books about fun and faith--with a side of glamour. Between books, Shelley loves traveling, playing the piano and Celtic harp, watching movies, and making period costumes. 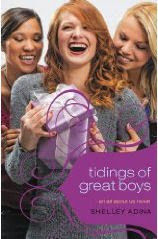 Finals week is approaching and Mac is still undecided on where to spend the holidays. Normally she'd go home to Scotland, but spending two weeks alone in the castle with her dad isn't as appealing as it used to be. So she invites Carly, Lissa, Gillian, and Shani to join her for the holidays!

Mac is determined to make this the best Christmas ever. She even decides to organize the traditional Hogmany dance for New Year's Eve. If she can get her mother involved in the dance, maybe her parents will finally get back together.

But when Mac and the girls arrive in Scotland, they are faced with bad news: the castle is falling apart and Mac's parents are struggling financially. Not only that, but Shani is in big trouble with Prince Rashid's royal family. Can the girls find a way to celebrate the holidays, get Mac's parents back together, save the castle, and rescue Shani from her relentless pursuers? There's only one way to find out...

If you would like to read the first chapter of Tidings of Great Boys, go HERE
Posted by Jim Black at 7:51 PM