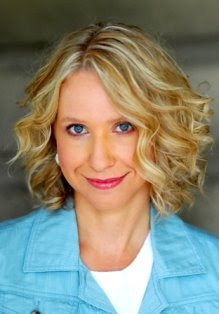 Tina Ann Forkner writes contemporary fiction that challenges and inspires. She grew up in Oklahoma and graduated with honors from CSU Sacramento before settling in Wyoming. She lives with her husband, their three bright children and their dog and stays busy serving on the Laramie County Library Foundation Board of Directors. She is the author of Ruby Among Us, her debut novel, and Rose House, which recently released from Waterbrook Press/Random House. 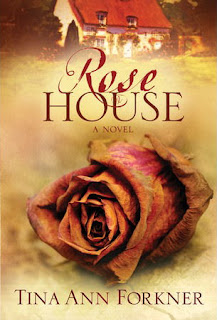 A vivid story of a private grief, a secret painting, and one woman’s search for hope

Still mourning the loss of her family in a tragic accident, Lillian Diamon finds herself drawn back to the Rose House, a quiet cottage where four years earlier she had poured out her anguish among its fragrant blossoms.

She returns to the rolling hills and lush vineyards of the Sonoma Valley in search of something she can’t quite name. But then Lillian stumbles onto an unexpected discovery: displayed in the La Rosaleda Gallery is a painting that captures every detail of her most private moment of misery, from the sorrow etched across her face to the sandals on her feet.

What kind of artist would dare to intrude on such a personal scene, and how did he happen to witness Lillian’s pain? As the mystery surrounding the portrait becomes entangled with the accident that claimed the lives of her husband and children, Lillian is forced to rethink her assumptions about what really happened that day.

A captivating novel rich with detail, Rose House explores how the brushstrokes of pain can illuminate the true beauty of life.

If you would like to read an excerpt from Rose House, go HERE
Posted by Jim Black at 10:42 PM No comments:

This week, the
Christian Fiction Blog Alliance
is introducing
Jillian Dare: A Novel
Revell (May 1, 2009)
by
Melanie M. Jeschke 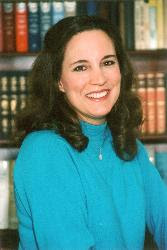 Melanie Morey Jeschke (pronounced jes-key), a native of Pittsburgh, Pennsylvania, grew up in Richmond, Virginia, and graduated from University of Virginia as a Phi Beta Kappa with an Honors degree in English Literature and a minor in European and English History.

A free-lance travel writer, Melanie contributed the Oxford chapter to the Rick Steves’ England 2006 guidebook. She is a member of the Capital Christian Writers and Christian Fiction Writers as well as three book clubs, and taught high-school English before home-schooling most of her nine children. Melanie lectures on Lewis and Tolkien, Oxford, and writing, and gives inspirational talks to all manner of groups, including university classes, women’s clubs, young professionals, teens, and school children.

A fourth generation pastor’s wife (her father Dr. Earl Morey is a retired Presbyterian minister), Melanie resides in the Greater Washington, D.C. area with her children and husband Bill Jeschke, a soccer coach and the Senior Pastor of The King’s Chapel, an non-denominational Christian church in Fairfax, Virginia. 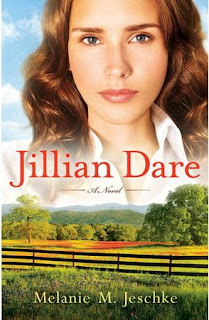 Jillian Dare leaves her Shenandoah Valley foster home behind and strikes out on her own as a nanny at a large country estate in northern Virginia. She is delighted with the beauty of her new home, the affection of her young charge Cadence Remington, and the opportunity for frequent travel to the Remington castle in England.

She is less certain about her feelings for her handsome but moody employer, Ethan. In spite of herself, Jillian realizes she is falling for her boss. But how can a humble girl ever hope to win a wealthy man of the world? And what dark secrets from the past is he hiding? This contemporary story, inspired by the well-loved classic Jane Eyre, will capture readers' hearts.

If you would like to read the first chapter of Jillian Dare: A Novel, go HERE
Posted by Jim Black at 1:59 PM No comments: