In his latest announcement, Robert Liparulo has a new book coming out next week. It should be another thrill packed adventure similar to the previous book-Deadfall.

He also has book 4 in the Dreamhouse Kings series being published in July. It is called Timescape.

I keep hearing good things about Liparulo's books. It is time to get caught up. I have, in my massive to be read stack, Comes the Horseman, Deadfall, and the first 2 books in the Dreamhouse Kings series.
Posted by Jim Black at 10:17 PM 1 comment: 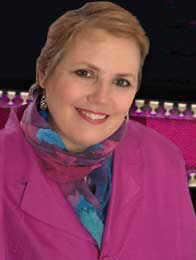 Laura Jensen Walker is an award-winning writer, popular speaker, and breast-cancer survivor who loves to touch readers and audiences with the healing power of laughter.

Born in Racine, Wisconsin (home of Western Printing and Johnson’s Wax—maker of your favorite floor care products) Laura moved to Phoenix, Arizona when she was in high school. But not being a fan of blazing heat and knowing that Uncle Sam was looking for a few good women, she enlisted in the United States Air Force shortly after graduation and spent the next five years flying a typewriter through Europe.

By the time she was 23, Laura had climbed the Eiffel Tower, trod the steps of the Parthenon, skied (okay, snowplowed) in the Alps, rode in a gondola in Venice, and wept at the ovens of Dachau. She’d also learned how to fold her underwear into equal thirds, make a proper cup of English tea, and repel the amorous advances of a blind date by donning combat gear and a gas mask.

Laura is a former newspaper reporter and columnist with a degree in journalism who has written hundreds of articles on many subjects ranging from emu ranching and pigeon racing to goat-roping and cemetery board meetings. However, realizing that livestock and local government weren’t her passion, she switched to writing humor, which she calls a “total God-thing.”

Her lifelong dream of writing fiction came true in Spring 2005 with the release of her first chick lit novel, Dreaming in Black & White which won the Contemporary Fiction Book of the Year from American Christian Fiction Writers. Her sophomore novel, Dreaming in Technicolor was published in Fall 2005.

Laura’s third novel, Reconstructing Natalie, chosen as the Women of Faith Novel of the Year for 2006, is the funny and poignant story of a young, single woman who gets breast cancer and how her life is reconstructed as a result. This book was born out of Laura’s cancer speaking engagements where she started meeting younger and younger women stricken with this disease—some whose husbands had left them, and others who wondered what breast cancer would do to their dating life. She wanted to write a novel that would give voice to those women. Something real. And honest. And funny.

Because although cancer isn’t funny, humor is healing.

A popular speaker and teacher at writing conferences, Laura has also been a guest on hundreds of radio and TV shows around the country including the ABC Weekend News, The 700 Club, and The Jay Thomas Morning Show.

Another book in this series is Daring Chloe

She lives in Northern California with her Renaissance-man husband Michael, and Gracie, their piano playing dog 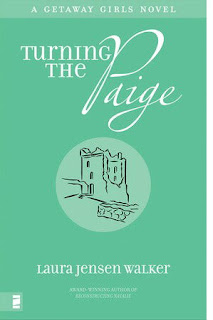 At 35, Paige Kelley is feeling very "in between." She's still working her temp job after two years, still not dating three years after her divorce, and still melting at every chubby-cheeked toddler she sees while her biological clock ticks ever louder. Paige even moves back home to help her ailing, high-maintenance mother.It's not exactly the life she'd dreamed of!

When her Getaway Girls book club members urge Paige to break free and get on with her life, she's afraid. How will her mother react? How can Paige honor her widowed mother and still pursue her own life? The answers come from a surprising source.
A trip to Scotland and a potential new love interest help launch an exciting new chapter in her life, and lead Paige to discover that God's plan for her promises to be more than she ever imagined.

This latest release in the Getaway Girls collection delivers a smart, funny, and warm account of one woman's challenge to reconcile who she is - a dutiful Christian daughter - with the woman she longs to be.

If you would like to read the first chapter of Turning The Paige, go HERE
Posted by Jim Black at 10:39 PM No comments:

After too long of an absence, I am returning to regular posting on The Bedford Review. Over the next couple of weeks I plan on making some changes as I bring the site up to date.

Starting next week, I will be posting reviews of books and short stories. In addition to reviews, commentaries will also be appearing. They will be my comments on fiction in print and other media.